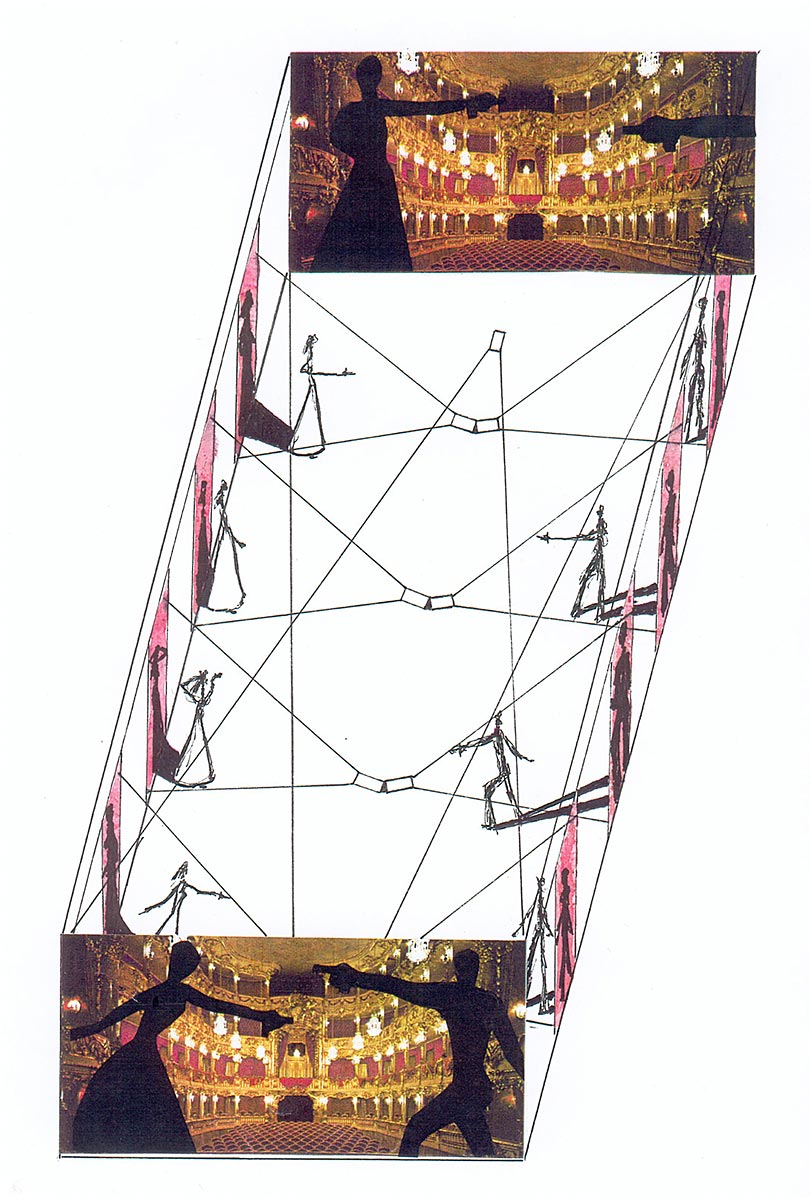 This project in the Wewerka-Pavillon required Constanze Unger to turn the pavilion into an opulent Baroque theatre first, which, however, appeared as a light projection on the frontal window panes only. On the stage inside, a matching action evolved as a ritualized interplay of four female and four male players: a duel of the sexes between couples, including remote control, light rays, shadows and projections of images of the body, sensual and combative, physical and immaterial at the same time. A fusion of the sexes was implemented via projection, as a synthesis of technically reproduced illusory images and real action. At the click of a button, the lascivious movements of a partner were overlaid and stopped by a projection of a slide of one’s own person. The reversal of the situation happened simultaneously, as the actor himself was suddenly engulfed in the stage light, which invited to the erotic dance. A dance of projections ensued, where the technical (slide) projection receded in favour of images of deeply human desire, longing and phantasies of power.