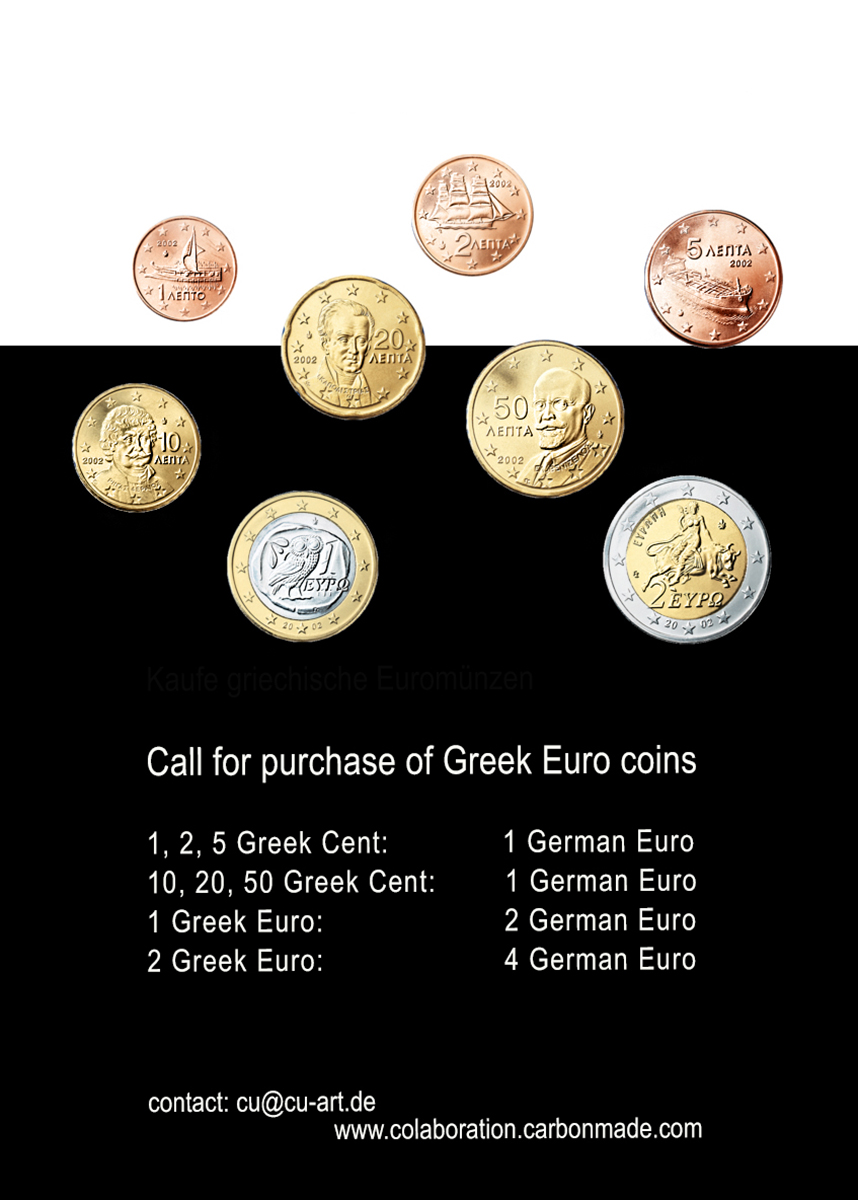 The project “WONDERFUL GREECE” is currently being developed since 2015.  I buy Greek Euro coins at double up to the hundredfold value and I manufacture them into jewellery. While the Greek Euro coins experience a monetary increase in value this way, they are simultaneously devalued as a monetary means of exchange. The coins, shining with the brilliance of base metals, promising an equivalent value and bearing imagery from the history and culture of their country, turn here into staged jewellery. The aestheticism of „money hung round one’s neck“ is doubled.  The country-specific sides of the Greek Euro coins show personalities from Greek history in the struggle for independence and democracy, as well as different types of ship referring to seafaring as the country’s economic foundation – there are also two mythological motifs, both conveying identity to an enlightened culture of Europe. The owl of the goddess Athena is depicted on the one-Euro coin, Europe and the bull grace the two-Euro coin.  As for the slogan “Wonderful Greece”, I found it on a photo of a demonstration in Athens in spring 2015 – two women carry the banner with this slogan proudly above their heads.