The work “THE CUT & PASTE COLLECTION” was conceived between 2010 and 2012. It consists of dresses and of photographed sets showcasing the garments.  Some of the pieces bear striking red-and-white or black-and-white patterns. They are identifiable as ornaments of keffiyeh, the scarves worn in Islamic cultures mainly by men for protection, but also as a sign of affiliation. The scarves, produced in India, China or Palestine and sold at dumping prices worldwide, were cut up and used as materials for dressmaking.  This way, the patterns of different keffiyeh change into eye-catching decor. Their beauty and their graphic sophistication are appropriated into fashionable western-style clothing. Simultaneously, their cultural and political origins remain decipherable. The concept defies any folkloristic notion. The fabric of the scarves reminds in its plasticity at first of precious embroidery and it is haptically attractive. However, the loose weaving technique renders the material into something ultimately rather delicate and fragile. The garments were combined with other made-to-measure items in altogether four collections. The first two collections make use of monochrome materials, the two latter ones include coloured rose patterns or graphic black-and-white patterns respectively.  The locations of photography – in front of works by other artists – turn into mere backgrounds. Possible relationships between art, decoration and setting remain unspecific.  The disrespectful cutting-up of the square scarves stands in contrast to a high regard expressed in the designs, in the application of complex craft techniques, in the style of wearing the items and in the way they are staged. 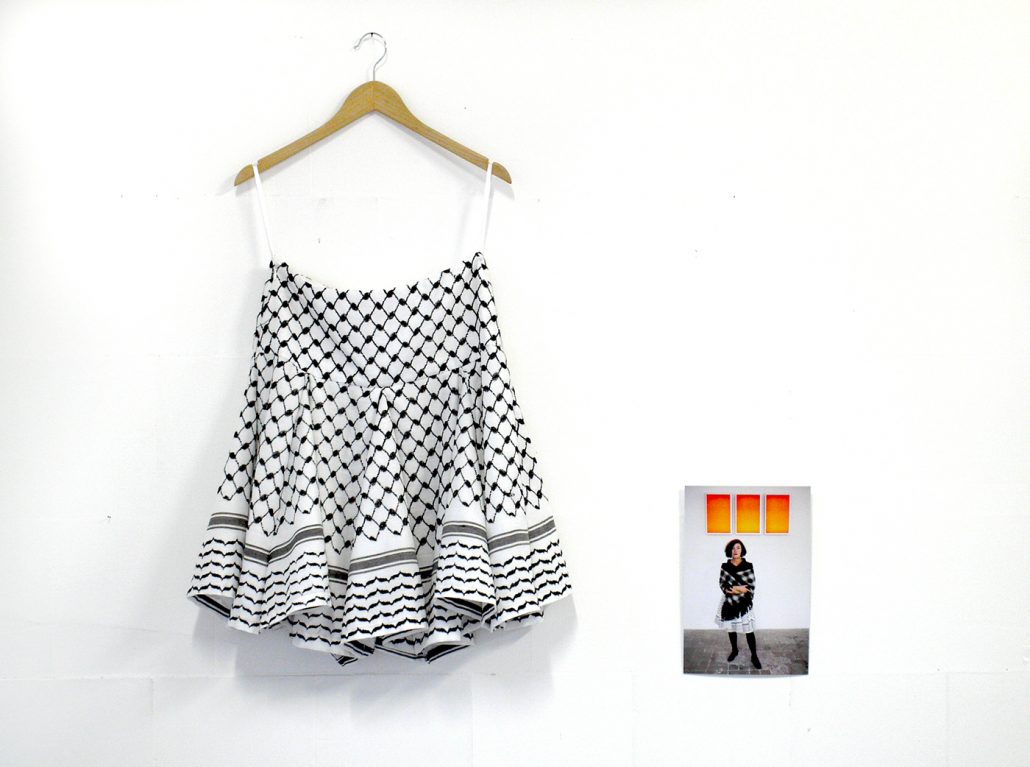